Hildebrandt is a Research Professor on ‘Interfacing Law and Technology’ at Vrije Universiteit Brussels (VUB), appointed by the VUB Research Council. She is co-Director of the Research Group on Law Science Technology and Society studies (LSTS) at the Faculty of Law and Criminology.

She also holds the part-time Chair of Smart Environments, Data Protection and the Rule of Law at the Science Faculty, at the Institute for Computing and Information Sciences (iCIS) at Radboud University Nijmegen.

​Her research interests concern the implications of automated decisions, machine learning and mindless artificial agency for law and the rule of law in constitutional democracies.

​Hildebrandt has published 5 scientific monographs, 23 edited volumes or special issues, and over 100 chapters and articles in scientific journals and volumes.

She received an ERC Advanced Grant for her project on ‘Counting as a Human Being in the era of Computational Law’ (2019-2024), that funds COHUBICOL. In that context she is co-founder of the international peer reviewed Journal of Cross-Disciplinary Research in Computational Law, together with Laurence Diver (co-Editors in Chief are Virginia Dignum and Frank Pasquale).

Diver’s research concerns the effects of software-based normativity, the production of such systems, and how these can and ought to be legitimated. He holds PhD, LLM, and LLB degrees from the University of Edinburgh, as well as diplomas in legal practice and software development.

His doctoral thesis was supervised by Burkhard Schafer and awarded in 2019. The dissertation adopts various perspectives from the philosophy of technology to identify the regulative impact of technological architectures on individual behaviour, before suggesting a framework of normative affordances, derived and adapted from legal theory, that can help legitimate the design of those architectures. A monograph of the thesis will be published by Edinburgh University Press in 2021, entitled Digisprudence: Code as Law Rebooted.

Laurence is co-founder (with Mireille Hildebrandt) and Managing Editor of the Journal of Cross-disciplinary Research in Computational Law (CRCL), and has since 2013 been Technical Editor of SCRIPTed: A Journal of Law, Technology & Society, based at Edinburgh Law School’s renowned SCRIPT Centre. Prior to his doctoral studies he was variously a professional full stack web developer, a research assistant to Burkhard Schafer (UK Copyright and Create Economy Centre (CREATe)) and to Lilian Edwards (Strathclyde University), and a legal research assistant at the Scottish Law Commission. 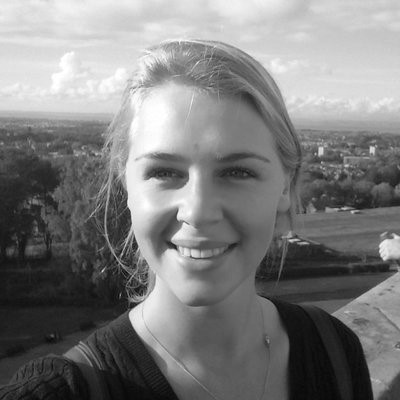 Van den Hoven holds an LLB in International and European Law from the University of Groningen. She received her LLM (research master) in Public International Law at the University of Amsterdam, in the context of which she also attended Georgetown University Law Center (2016). Her master thesis dealt with the uses of data-driven technologies in law-making processes at the international level, primarily by international organizations. She is interested in the uses of these technologies and the consequences thereof for the legitimacy of the international legal order, and how these law-making processes can be innovated responsibly to increase their legitimacy.

​During her LLM, she has worked as a research assistant on various research projects, most notably on the ERC Advanced Grant project ‘SHARES’ on shared responsibility in international law with PI Professor André Nollkaemper. She previously worked as an intern in the international law department of the Dutch Ministry for Foreign Affairs. 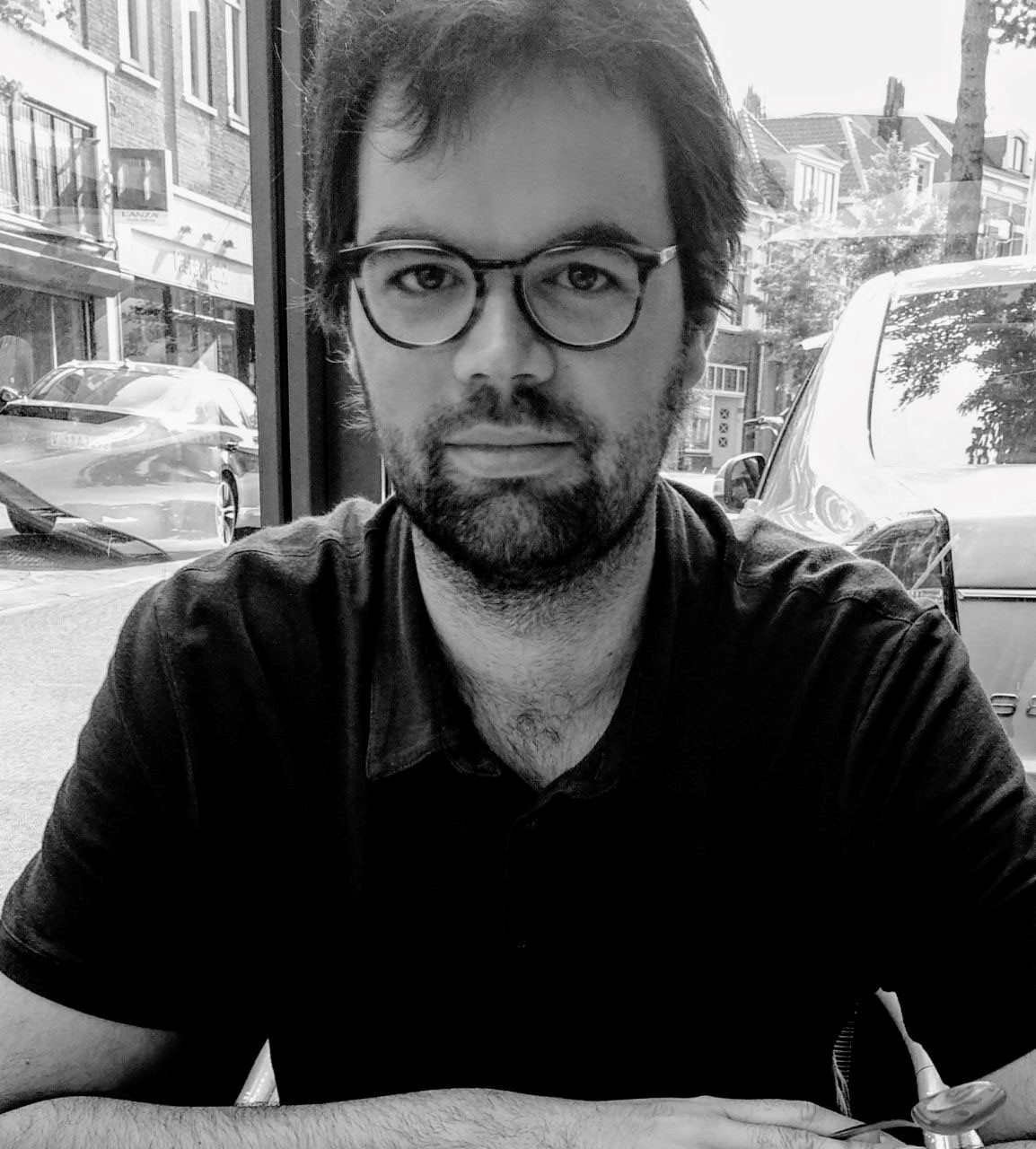 Meessen holds a BA in Philosophy (2015) from the University of Groningen and an MSc in Computing Science (2017) from Radboud University in Nijmegen the Netherlands.

He was involved in the teaching, organization and design of courses on Numerical Methods in Mathematics, Security and Hacking, Networking and Distributed systems, and Mathematical Thinking for Computer Scientists - at various universities in the Netherlands.

Currently, as a junior researcher at Radboud University - Institute for Computing and Information Sciences (iCIS), he has contributed to research on the topics of Malware detection, Privacy, Augmented Reality, Distributed Ledger Technologies and Digital Identity. 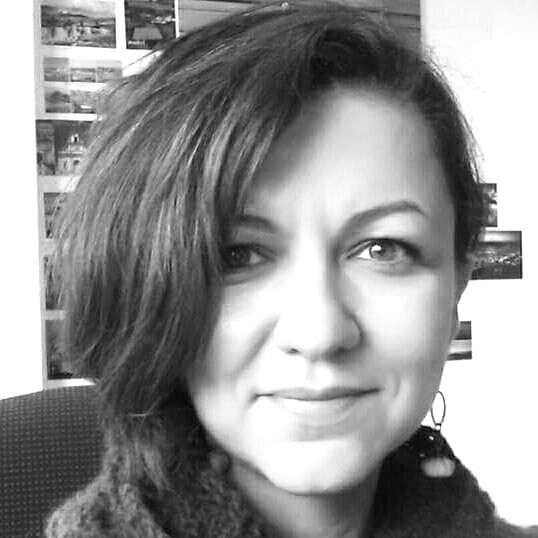 Baraliuc holds a BA in Law (2003) from the State University in Moldova and an LLM in Law and Technology (2010) from Tilburg University in the Netherlands, and has working experience in international organizations dealing with development, human rights and democracy.

As an affiliated researcher at the Vrije Universiteit Brussel in the Law, Science, Technology and Society (LSTS) research group, she has been focusing her research on the public and the private in the digital world in relation to the enjoyment of copyright protected works, and on the development of the concept of intellectual privacy. 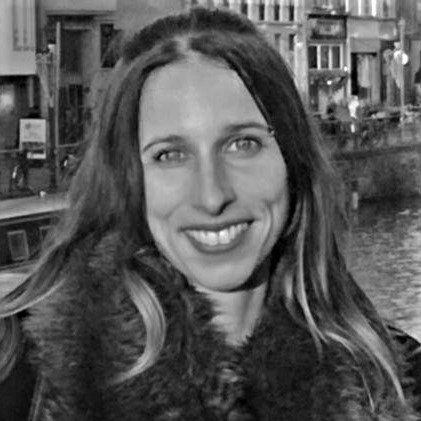 Duarte holds a law degree (2010) and a Master’s degree in Legal-Criminal Sciences (2013), both awarded by the Faculty of Law of the University of Lisbon. Her Master thesis, titled “Homicide in Despair: contribution to the study of the relevance of emotions in Criminal Law”, was published in 2019. She has working experience as a lawyer, consultant and trainer to human resources companies regarding data protection issues. She is the author of a project of code of conduct on processing of personal data to be applied to human resources companies (2019) and co-author of a Commentaire on the General Data Protection Regulation (published in 2018). Her essay on the storage of DNA samples and profiles was awarded and published by the Portuguese Data Protection Supervisory Authority in 2014.

Tatiana is working as a researcher at ALTEP-DP (Articulating Law, Technology, Ethics and Politics) project, which takes the EU data protection law as a starting point to explore the interplay between legal theory, politics and ethics. Within this project, she investigates automated compliance with the data protection law, focusing on legal provisions that lend themselves to automation and to issues of technical and legal interpretability and contestability.

This research hopes to contribute to developing a hermeneutical nexus of interpretability, explanation and justification in law and computer science. 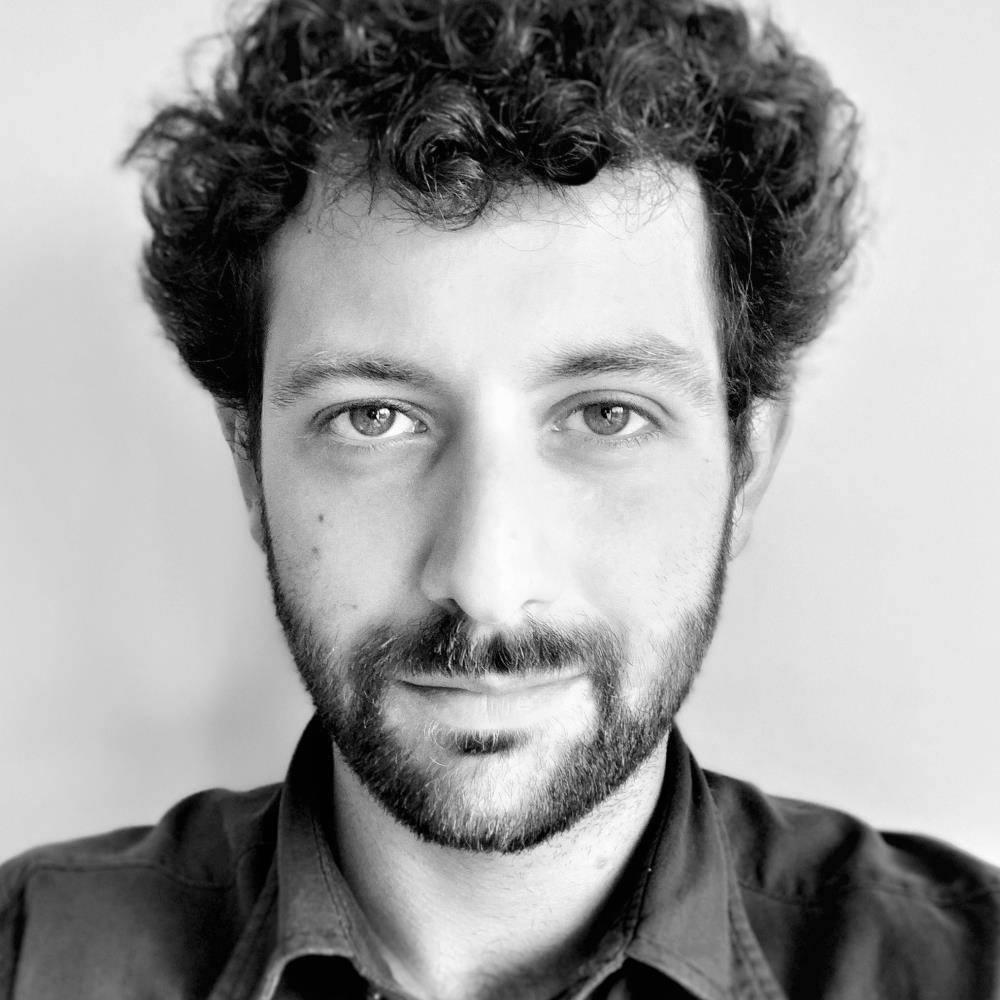 Gori is a PhD candidate at Università degli Studi di Firenze, where he is developing his research under the supervision of Professor Emilio Santoro.

He is interested in investigating how the epistemological perspectives and conceptions of law assumed by the different approaches to Artificial Intelligence and Law interweave and inform legislators’ and legal practitioners’ expectations, the understanding of their respective roles, and the meaning of legal protection.

He is member of L’Altro Diritto - Inter-university Research Centre on prison, deviance, social disadvantage and government of migrations. As a volunteer in the NGO of the Research Centre, he works to promote prisoners’ and immigrants’ rights through legal advice and litigation before national authorities and the European Court of Human Rights.

He is a lawyer and member of the Bar Association of Florence, Italy. 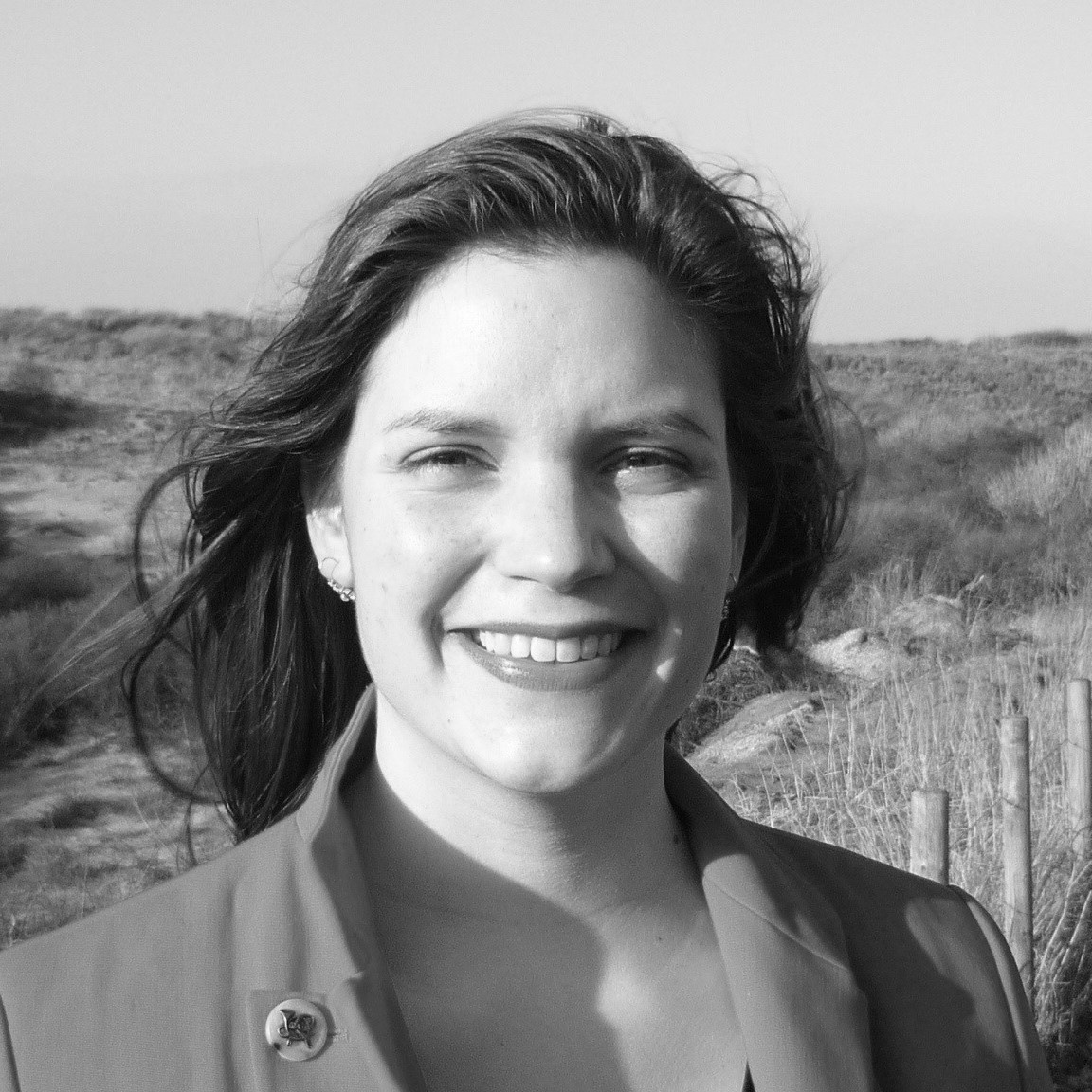 Janssens is Scientist in Law and Philosophy of Law at Military Operations at the Netherlands Organisation for Applied Scientific Research (TNO), and a PhD researcher in the Law, Science, Technology & Society (LSTS) research group at the Vrije Universiteit Brussel. She is working on the analysis of Artificial Intelligence from the perspective of law and the philosophy of law. She obtained a Master’s degree in Law at Leiden Law School (LLM) and a Master’s degree in Philosophy at Leiden University (MA). She was assigned to the project on ethics and the Internet of Things by the Dutch Cyber Security Council (National Coordinator for Security and Counterterrorism of the Dutch Ministry of Security and Justice). During her studies she was a trainee at SOLV lawyers and at the Dutch Scientific Council for Government Policy (WRR). She edited ‘The Art of Ethics in the Information Society – Mind You’ (Amsterdam University Press, 2016), and is co-editor of ‘Being Profiled: Cogitas Ergo Sum’ (Amsterdam University Press, 2018). 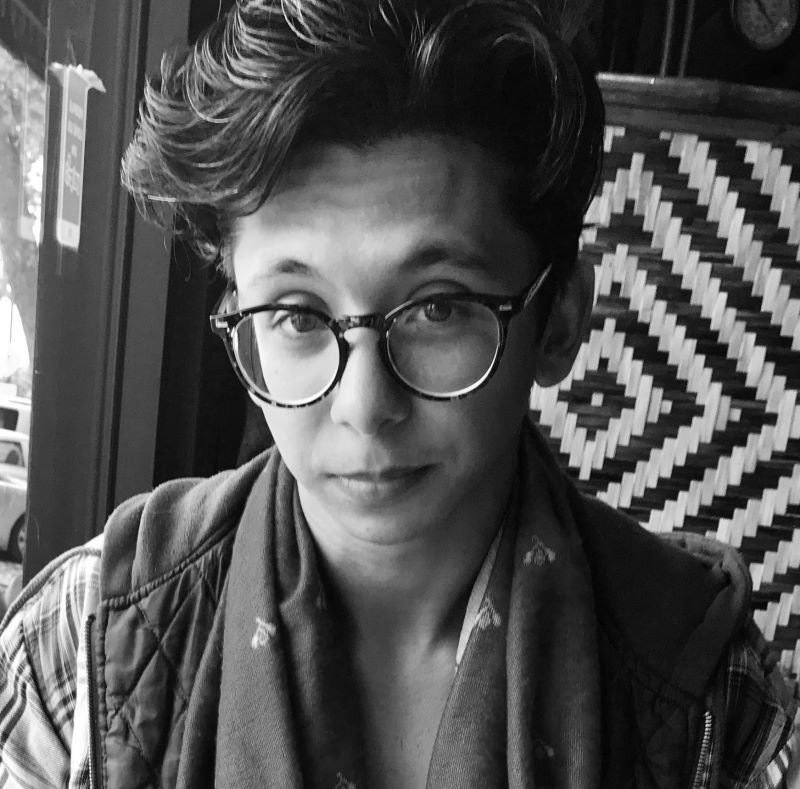 Sabin holds a PhD in Computer Science from UC Berkeley where their doctoral thesis on Complexity Theory studies how to quantify the inherent difficulty of solving computational problems and how to leverage that difficulty. Their thesis connects the new area of Fine-Grained Complexity Theory that has largely been problem-specific to the more deeply structural results of classical Complexity Theory and Cryptography.

Sabin also works in applying a socio-technical lens to the nascent field of Algorithmic Fairness so that this field doesn’t re-encode the same algorithmic un-fairness and discrimination it claims to fix. Recognizing that the mathematical research of these fields is inherently normative and is shaped by the demographics and identities of its researchers, Sabin has engaged in many outreach and recruitment activities to diversify academia and works to shift the narrative of Machine Learning’s effect on the world to center the most affected and marginalized and to focus on how technology redistributes power in the world. They in part do this by engaging critically with groups like Mechanism Design for Social Good (MD4SG), Radical AI, and their founding of the QTPOC Reclaiming Education & STEM (QTPRES) conference which brings together marginalized community around the Oakland Bay Area to reimagine an academia and STEM that serves them (postponed for COVID-19).

Geneviève combined a career as an attorney at the Brussels bar, practicing economic administrative law and environmental law, with a parttime lectureship at the KULeuven in the department of constitutional and administrative law. In 1998 she was appointed as a judge and was promoted in 2003 from the business court of Brussels to the court of appeal of Ghent, where she hears cases in the business section.

For more than 20 years Geneviève has been interested in thoroughly understanding the implications of digital technologies for society in general and for dispute resolution in particular. In 2001 she observed how American courts used digital technologies with a scholarship of the Belgian Koning Boudewijnstichting. Since September 2018 Geneviève is on leave of absence from the Ghent court of appeal. She first read for an MPhil at the University of Oxford under the supervision of Prof. Dr. John Armour and co-supervision of Dr. Jass Happa, writing a thesis with the title ‘The normative value of legal analytics. Is there a case for statistical precedent?’. She continues to read for a DPhil in Law at the University of Oxford, researching how the respective roles of the human judge and legal digital technologies should evolve, in light of the rule of law, thus aiming to contribute to a nascent theory on dispute resolution by humans with the assistance of digital systems.

She has published on subjects pertaining to constitutional law, environmental law and the implications of digital technologies on dispute resolution.

In her rather scarce spare time Geneviève loves reading, hiking, sailing and has a keen interest in architecture and textile art.

Zufall holds a doctoral degree in law (Dr. iur.) from Humboldt University of Berlin and passed both the First and Second Legal State Exams in Germany with distinction. Being fluent in Japanese, her dissertation was a pioneering comparison of German and Japanese planning law. After a short period in private practice in Germany, she was appointed as an Assistant Professor at Waseda University, Tokyo.

Her research addresses questions of Information Technology and Artificial Intelligence through comparative law study and interdisciplinary research. Her work ranges from publications on Japanese law to joint research with computer scientists in the field of Natural Language Processing and machine learning.​

For more information, please visit her profile on Researchgate.